There have been so many changes and events happening in our small community of missionaries that I really haven’t shared anything about our homestead in quite a while. Sickness coupled with emotional turmoil of so many families leaving, all friends, didn’t leave much margin for blogging about our homestead. Though I did do a few write-ups on how empty this place feels now and how I’ve experienced some personal growth in my own life and ministry focus. So here is what we’ve been up to lately on the homestead front.

Our most recent and current project that we are working on is quail. I wont go into this too much as I’m doing a separate post including all the details but know we are adding them to our homestead very soon. Another week and we will know more but in good faith, construction on housing has already begun and will be finished this weekend to await their arrival.

The chickens are doing well despite some recent deaths, both adult and chick. Unfortunately we only have 1 Australorp chick left due to a freak accident (no I don’t want to talk about it as it upset me greatly) but we will try again in the future. For now we are going to bring in and hatch some kuroiler eggs to improve our lines and egg production. If you remember the last times we tried this we shipped in live chicks that already had disease that spread it to the rest of our flock and then the survivors were wiped out by driver ants or there were power troubles for hatching eggs. So we are bringing in eggs again that we will disinfect and hatch this time. Hopefully the results will be good this time around as the power issues on our base are under control for the moment.

The garden is doing well and I’m continually learning more and more new things about how different varieties work here and which ones don’t, new methods of growing different plants, etc. Always learning. With learning comes some failures – like my attempt to grow local pumpkin on our un-framed trellace; it became far too heavy and the trellace collapsed long before it even had fruit on it. I left it as is and it is bearing but it is far from the beautiful spot in the garden it once was. I’ll get it cleaned up after the pumpkins are finished and we will rebuilt the trellace with a frame.

Another lesson learned was the need to spray our purple cabbage more often. Part of this problem was due to all the sickness (including three bouts of malaria in 3.5 months, 1 normal and 2 serious) that didn’t allow for much gardening during those months so not enough spraying happened. Most have been eaten by caterpillars beyond human use but there are 3 that are maturing and we may get a taste before we rip them out. Another lesson from the garden was learning the best method to grow tomatoes with. Local Congolese people wedge a stick in the ground and tie their plant to it and up until now I have always used cages but no more; I am now a huge fan of the string method (what the nurseries use) and am going to work towards almost exclusively growing tomatoes this way.

The string method is where you suspend a string 9 feet up that you twirl your tomato plant around as it grows. It gives more support than a cage, your plants grow straight, wind doesn’t bother them and there is no flopping over or outgrowing the cage; even in rainy season here when you get a downpour that creates a soupy mess they wont fall over or break like what happens to a plant in a cage. It also allows more time for a longer harvest in our never ending summer so I get the most out of each plant that I can. I also started pruning my tomatoes this year and the results have been truly amazing with healthier plants (but don’t forget to disinfect between plants like I did) and bigger and better tomatoes. The two methods combined make for a very clean, healthy and productive tomato patch (as long as you don’t spread disease through your clippers). I’m never going back. 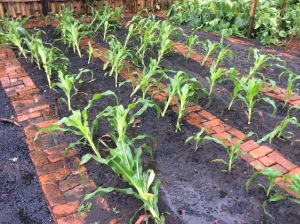 Our sweet corn attempt ended up in another bust despite resorting to hybrid treated seed. It actually ended up worse because we had small plants that tasseled early gave small ears and this time they weren’t even sweet; at least the heirloom varieties were still sweet along with those other problems and you could get a taste. I’ve given the rest of that variety of seed to our worker to see how it does in his garden and plan to plant some local field corn in my garden to test what may be going on and if its our soil for some reason – any ideas anyone?

Our nursery seedlings, the green peppers and eggplant, are all doing well and producing wonderful large vegetables. I think I’m going to make them a staple in the garden if I can. I still haven’t figured out how to get either to germinate myself yet (future attempts coming in the “fall”) but I’m not giving up yet. So much variety of food could be opened up to us with them (fresh salsa for example).

Some of the other experiments that I’ve been working on in the garden have been doing a technique called ‘vernalization’ where you trick plants into thinking that they have been through a winter by putting them in the fridge so they will grow or go to seed if they are a two season crop. I just completed this with some garlic that you can purchase local (imported from China) and they were planted in the garden and are growing. We will see if anything comes of them but I have also ordered an heirloom variety that will hopefully come over with my mom in October that we can grow. So far it is a success but we will see if the end results bear heads of cloves or not. Another vernalization project I was working on was carrots for seed. Everyone here has to buy carrot seed each time they plant because carrots require a winter to go to seed in the second year (overwintering). I put the selected carrots in a bag of rice (other online sources said wood chips but with our humidity I thought this might be better) for about two months but then a few days ago I noticed mold growth inside the bag. Most of the carrots had some mold growth on them unfortunately which I had read was the problem with trying to vernalize carrots. I decided to just go ahead and plant them instead of throwing them out and we will see what happens. It wasn’t as long as they should have gotten but perhaps I’ll try again and change out the rice part way through.

Another exciting addition to our garden is strawberries. I dug up some transplants from another missionary’s garden to start our own strawberry patch. They died back but are sprouting again. We also hope to add some blackberries and maybe one day raspberries (sourced from other missionaries in Uganda) to our place.

Right now it is the middle or later half of the rainy season despite it starting late and grain is cheaper right now than during other times of the year. So, trying to be financially minded, we are purchasing a year’s worth of grain (hopefully or at least very close to it) that will be stored in large barrels that will be used to mix our various feeds for our different animals. We are using grains and legumes that can be sourced local (corn, sorghum, millet, amaranth, beans, soy beans, peanuts and maybe sesame seeds) along with imported vitamin sources to cover what the feed can’t. Free ranging in the yard each day also helps with this and it helps keep any tick populations under control so win-win. The large sacks of grain and legumes get delivered on motorcycles right into our yard for 2,000 Congolese francs (1,500CF/$1 currently). We will receive another few sacks later this week and then roast the beans (you have to cook beans before use along with millet, amaranth and sorghum) and put into storage barrels to mix feed. Feed recipes are calculated using the nutritional values of each kind of grain and which bird at what stage you are mixing for – for example our quail will need 25-28% protein vs. the 16-18% that our adult chickens need.

So some of the other things that are being worked on on the side of daily life are seedlings (rather a constant thing), constantly hatching out chicks of one kind or another, Dave is obviously flying and more-so right now as the only caravan pilot for the moment, and I am working on a ladies’ retreat for all the expat ladies here in Nyankunde. Perhaps I will give more details on that later but I don’t want to spoil any surprises for the ladies. Busy busy busy. Speaking of that I’d better get back to it! 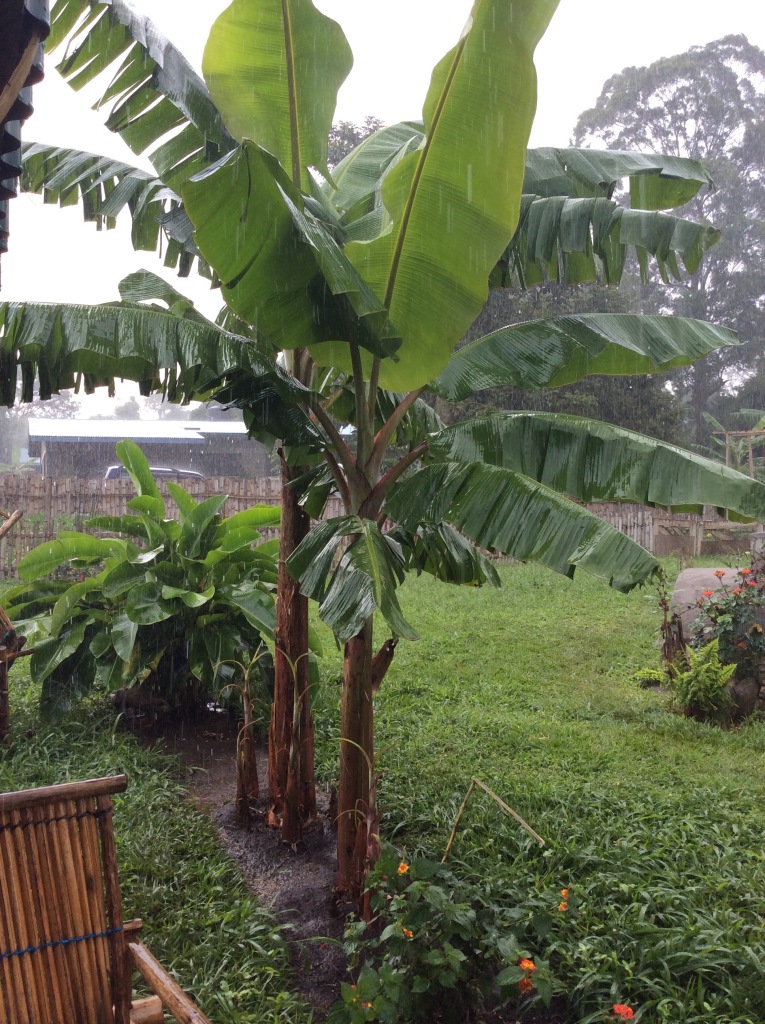 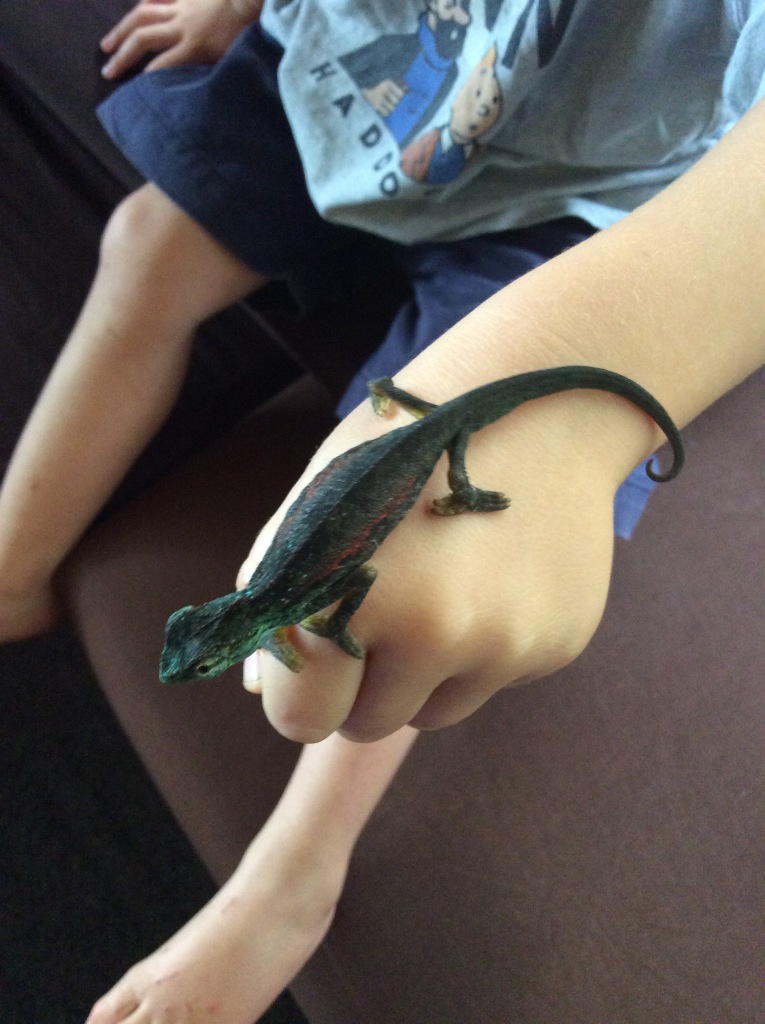 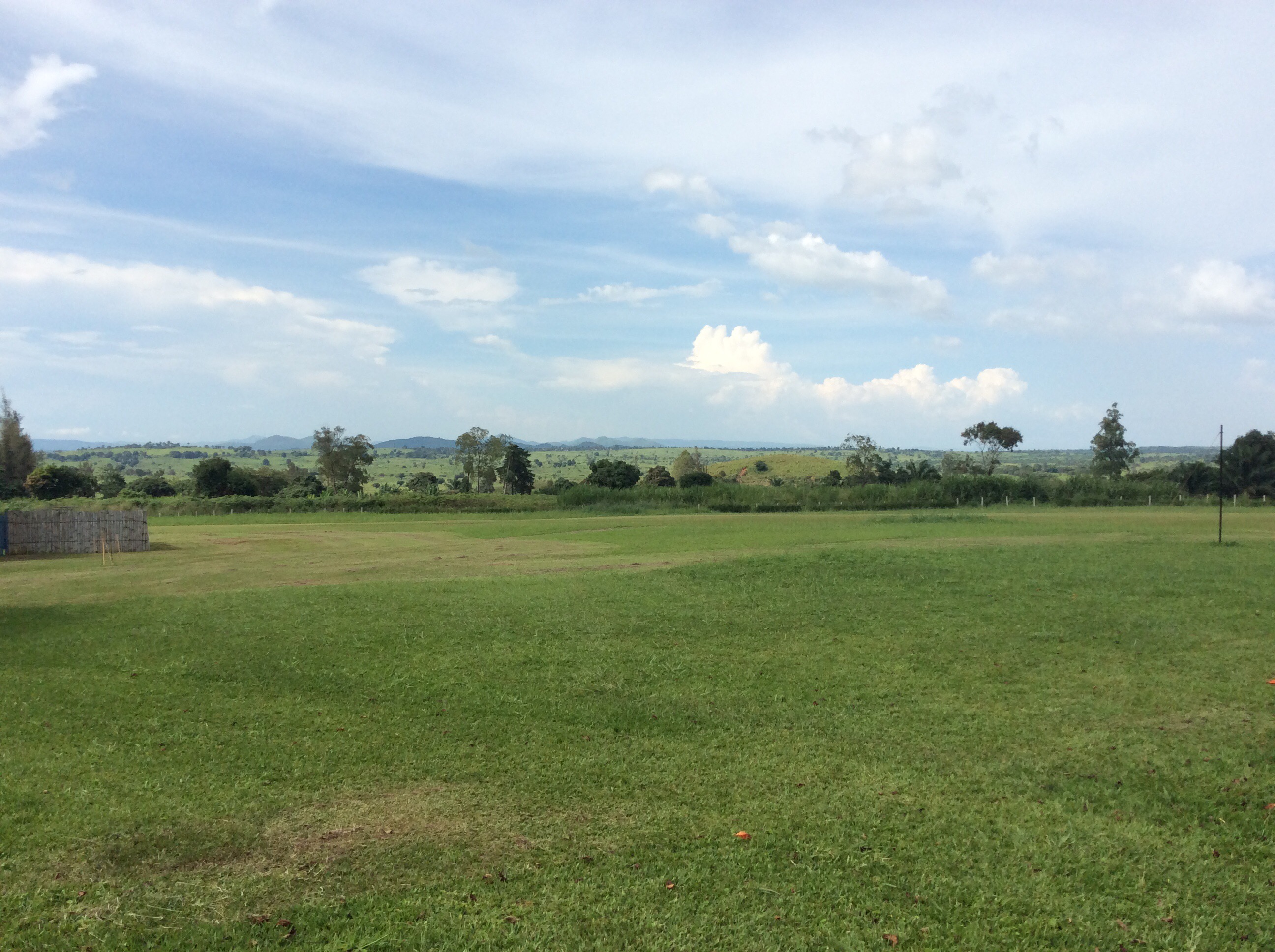