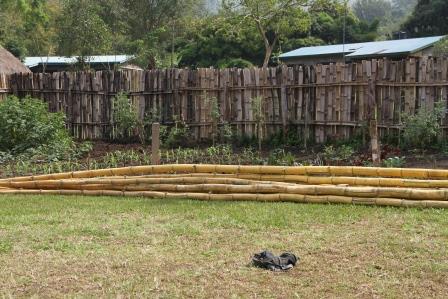 Our plan all along has been to fence in our garden and we have had fence posts in the ground for months; the only thing we needed was the bamboo. Our main fence is made from bamboo tied to fence posts using strips of tires and that is how we had planned to do our garden fence too. The main fence is more of a privacy fence; the bamboo is tall and there are no gaps.

For the garden I wanted something just tall enough to keep animals (and toddlers) out but I still wanted to be able to see in and have a feeling of “openness.” A waist-high fence with gaped-bamboo and several gates was what we came up with.

The reason for the delay (why it wasn’t up months ago) was the lack of bamboo. The fence posts were in and we had even bought the stripped tire strands to tie the bamboo on, but no bamboo. An order was made a long time ago but when it was picked up it wasn’t what had been ordered or promised. After that, we had so much rain it was impossible to drive to pick up a load for a couple months. But now, at last, we have the bamboo.

Bamboo isn’t expensive here and is very available, when you can get through the mud to bring a load home. It only costs 5,000 francs or about $4.43 for 10 long pieces of bamboo. 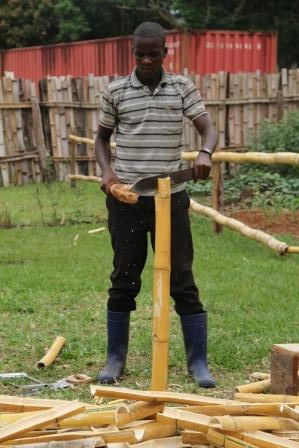 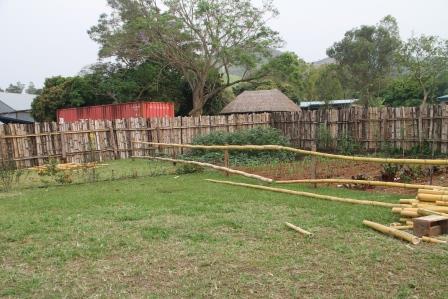 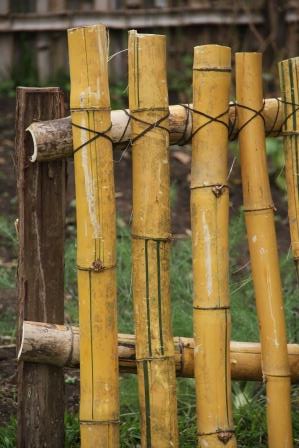 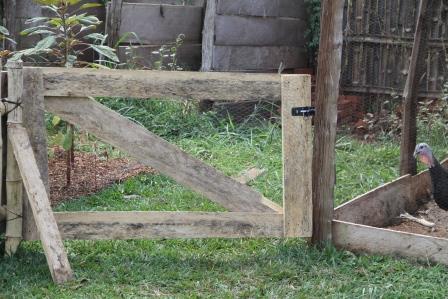 Getting the gates completed and on took a couple of weeks but now they are on. We have continued to have a hard time keeping our dog out of the garden (she likes to forage in the compost, the brat) despite having the gates on. She has broken through the chicken wire several times, which means we are going to have to use something stronger than staples to affix it to the frames. But other than that the fence is finished and we now have a *mostly* protected garden. 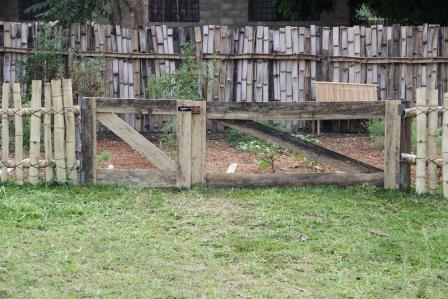